Success for Axfood’s sustainability efforts in 2021

In conjunction with the publication of Axfood’s Annual and Sustainability Report for 2021, the following summary of improvements in the Group’s sustainability efforts is presented. Examples of the important progress made during the year include a continued reduction of food waste, lower emissions from own operations and the fact that all of the Group’s 262 trucks can now be powered by fossil-free fuel.

In conjunction with the publication of Axfood’s Annual and Sustainability Report for 2021, the following summary of improvements in the Group’s sustainability efforts is presented. Examples of the important progress made during the year include a continued reduction of food waste, lower emissions from own operations and the fact that all of the Group’s 262 trucks can now be powered by fossil-free fuel.

“There are no shortcuts when it comes to successful sustainability work. While the challenges are growing in number, it is important to address all of the areas impacted by the Group’s operations in an integrated and long-term manner. Ultimately, this will have a positive impact on both the environment and the Group’s financial performance and brand,” says Axfood’s Head of Sustainability, Åsa Domeij.

Record-low food waste in stores
Food waste in Axfood’s store chains continued to decline to a record-low 1.19% in 2021. At the current rate of reduction, the Group is on track to achieve its target of cutting waste in half between 2015 and 2025. Automated orders, hand-held computers that identify products that are expiring, clearance prices for fruits and vegetables, and partnerships with charitable organisations are a few of the important initiatives underlying the reduction.

Lower emissions from own operations
The target for the Group’s own operations (Scope 1 and 2) is net zero emissions by 2030, and emissions declined approximately 7% in 2021. Axfood mainly uses green electricity and is working to reduce the use of electricity and refrigerants that affect the climate. In 2021, energy intensity measured in relation to the total number of square metres in the Group’s stores and warehouses decreased as a result of investments in up-to-date premises, the installation of new freezer lids and doors, and a transition to LED lighting. At the same time, the use of refrigerants that affect the climate in freezers and refrigerators, emissions from business travel and internal goods transports also decreased.

100% fossil-free trucks
All 155 heavy-duty trucks and 107 light-duty trucks in the Group’s own fleet can now be driven on fossil-free fuels. Since transport between warehouses and stores accounts for the greatest share of the carbon footprint from the Group’s own operations, significant efforts are being made to minimise emissions and the environmental impact of the logistics operations. During the year, emissions from the Group’s own transport operations declined approximately 9% as a result of a larger share of biofuel and electricity. The Group’s first fully electric truck from Scania also went into operation.

Success story with new solar farm
Axfood signed an agreement during the year to build Sweden’s largest solar farm with about 60,000 solar panels. The installed capacity will be equivalent to about 40 MW, and will cover about 15% of the Group’s annual electricity consumption. Axfood transitioned to green electricity back in 2009, and the investment in the solar farm will increase the amount of renewable electricity in the electricity system in the market. A total of 15 rooftop solar panel systems are in operation on Axfood’s stores and warehouses, and more are planned in 2022.

More green fish
A growing share of the Group’s assortment of fish and shellfish – 86% – is now green-listed by the WWF, up 5 percentage points from the preceding year. Axfood’s ambitious target is to only sell green-listed seafood. The Group’s stores stopped selling red-listed fish and shellfish back in 2008. Over the past three years, Axfood has participated in a project led by the Swedish University of Agricultural Sciences (SLU) and Axfoundation aimed at developing Sweden’s first green, circular rainbow salmon that, instead of soy, are mainly fed on a feed of insects, which themselves have been fed on food waste.

A positive force in society through Mat 2030 (Food 2030)
Axfood presented the seventh version of its Mat 2030 food strategy, with tangible proposals to politicians, authorities and industry for creating greater added value for Swedish food, supporting the countryside, improving food production, transitioning away from fossil fuels, encouraging sustainable food consumption, and stipulating requirements for decisions that promote more sustainable development. The report contains 100 proposals encompassing everything from measures to reduce food waste and expand grazing rights to investing in processing and innovation, and the need for a fourth action plan for the food strategy.

Sustainability Report
In Axfood’s Annual and Sustainability Report for 2021, greater focus has been devoted to the Group’s sustainability reporting, with several new sections added. This is the first time the report was reviewed and assured by an external party. The Group has begun reporting its climate-related risks in accordance with the Task Force on Climate-related Financial Disclosures (TCFD) framework and has reported the proportion of Axfood’s operations that are eligible under the EU’s reporting requirements for sustainability: the EU Taxonomy. 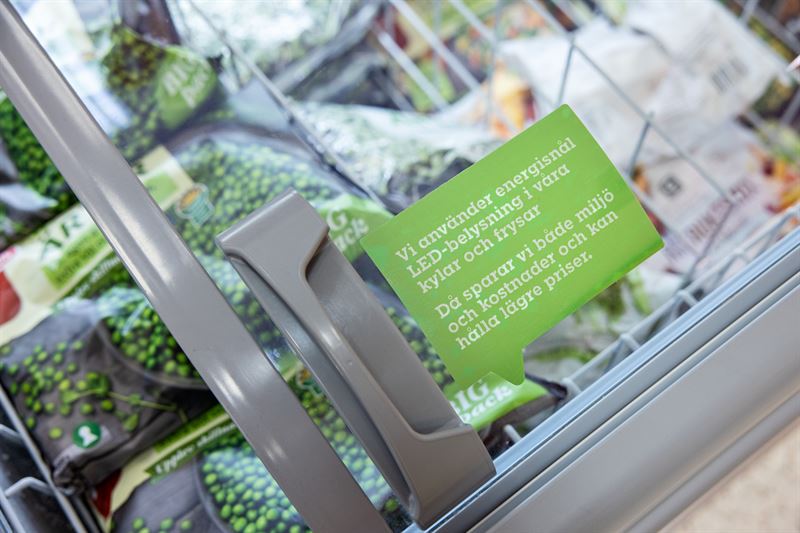 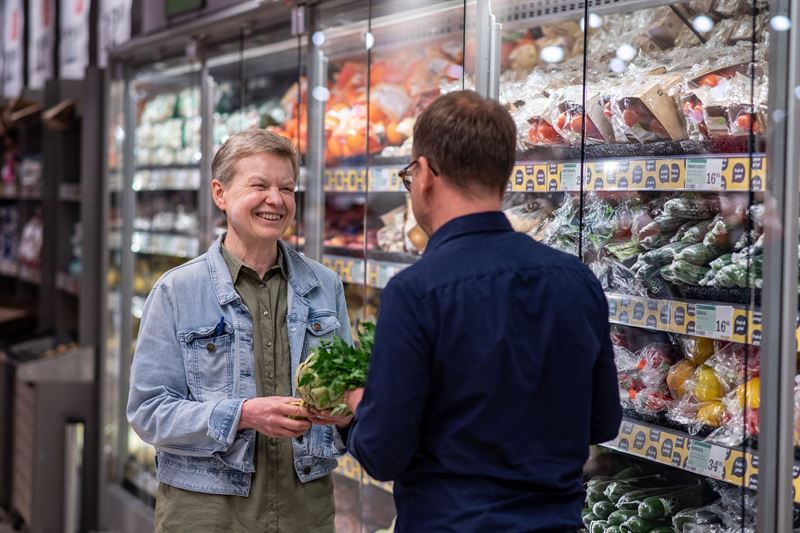