Axfood is continuing to focus on renewable energy. In partnership with Alight, Sweden’s largest solar park is now being built. When the facility is put into operation in 2023, it will cover approximately 15 percent of Axfood’s electricity consumption.

Axfood is continuing to focus on renewable energy. In partnership with Alight, Sweden’s largest solar park is now being built. When the facility is put into operation in 2023, it will cover approximately 15 percent of Axfood’s electricity consumption.

“With Sweden’s largest solar park, we are taking the next major step in our focus on renewable energy. In addition to making our own operations more green, we are also helping to significantly boost the supply of solar energy in the country,” says Klas Balkow, Axfood’s President and CEO.

The solar park will include about 60,000 solar panels. The total installed capacity will correspond to approximately 40 MW and cover about 15 percent of Axfood’s annual electricity consumption. This corresponds to the average annual electricity consumption of just over 8,000 single-family houses. The facility is scheduled to be completed in early 2023.

Axfood and the supplier Alight are partnering through a power purchase agreement (PPA) under which Alight will own, construct, install and manage the operation of the facility, while Axfood undertakes to purchase all electricity produced for a minimum of ten years. The permit process for the park is ongoing and a decision is expected before year-end.

The solar park is part of an initiative by the group companies of Axel Johnson, and with three larger facilities Sweden’s capacity from solar parks is being doubled.

Axfood has worked on the issue of solar power for many years and its first solar power facility was built at Dagab’s warehouse in Backa, Gothenburg back in 2013. Axfood’s goal is for solar panels to be installed on at least 25 percent of suitable roof surfaces at Axfood’s warehouses and stores with the approval of the property owners.

Reducing the fossil emissions from its own operations has been a priority for Axfood for many years. Up until last year, the company’s climate emissions had been reduced by 76 percent compared with the base year of 2009. This result is attributable to renewable electricity from solar, wind and hydro power, a higher share of fossil-free goods transportation, fewer non-environmentally friendly refrigerators and freezers, and less business travel by air. The goal is to achieve net zero emissions from the company’s own operations by 2030. 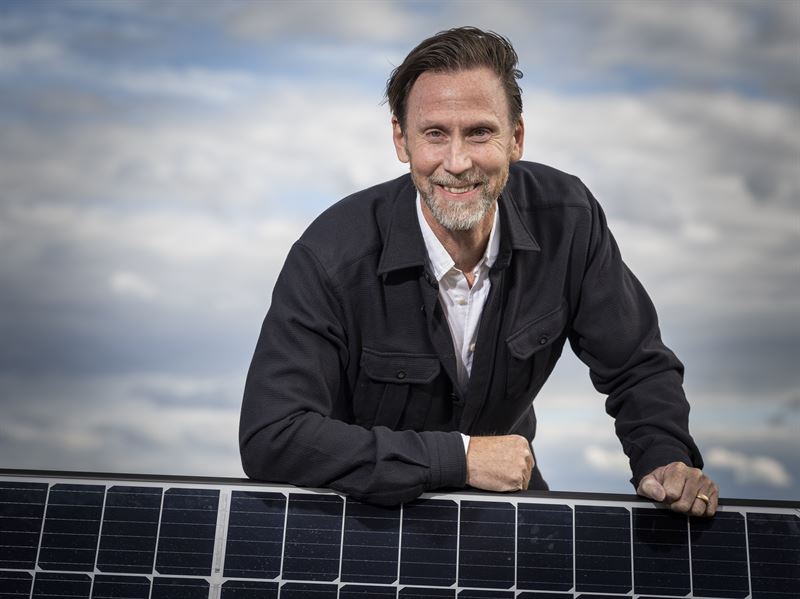