Axfood is increasing its ownership in Urban Deli from 50% to slightly more than 90% and is at the same time deepening its collaboration.

Urban Deli is a mix of restaurant, bar, market hall and grocery store that started in 2009 at Nytorget in Stockholm. Axfood has been a minority owner from the start and increased its holding to 50% in 2014 in connection with the opening of the Sveavägen location.

As a first step in the now increased ownership and closer collaboration, a large selection of Urban Deli’s own and unique products will also be sold at Hemköp stores in the Greater Stockholm area.

“Urban Deli will continue to spearhead innovation and emerging trends, where we test new and exciting products and concepts,” comments Nicholas Pettersson, Axfood and Chairman of the Board of Urban Deli. “Here we can also develop tomorrow’s meal solutions in response to the sector convergence we are seeing and that is growing ever-clearer, and which we will be introducing in all of the Axfood family’s grocery chains.”

Dan Jacobson, President of Urban Deli, sees major advantages in Axfood strengthening its ownership: “With the support of a strong financial owner like Axfood, Urban Deli can continue to be a market maker that drives innovation and development coupled both to its own restaurants and stores, and to the other chains in the Axfood family.”

Klas Balkow, President and CEO of Axfood, comments: “The sector convergence is a trend that is becoming increasingly clear. As part of our commitment to developing Axfood's different customer offerings, we are now expanding our collaboration with Urban Deli. At the same time, we also increase our investment in the concept to be cutting edge in new meal solutions.”

Brief facts about Urban Deli:
Urban Deli is a mix of grocery store, market hall, bar and restaurant and currently operates in Stockholm at the Nytorget, Sveavägen, Sickla, Central Station and Åhléns City locations. Urban Deli also operates a catering business as well as rentals of conference and party venues in Stockholm. Urban Deli has about 350 employees and a vision to make food life easier, tastier and happier. Read more at www.urbandeli.org. 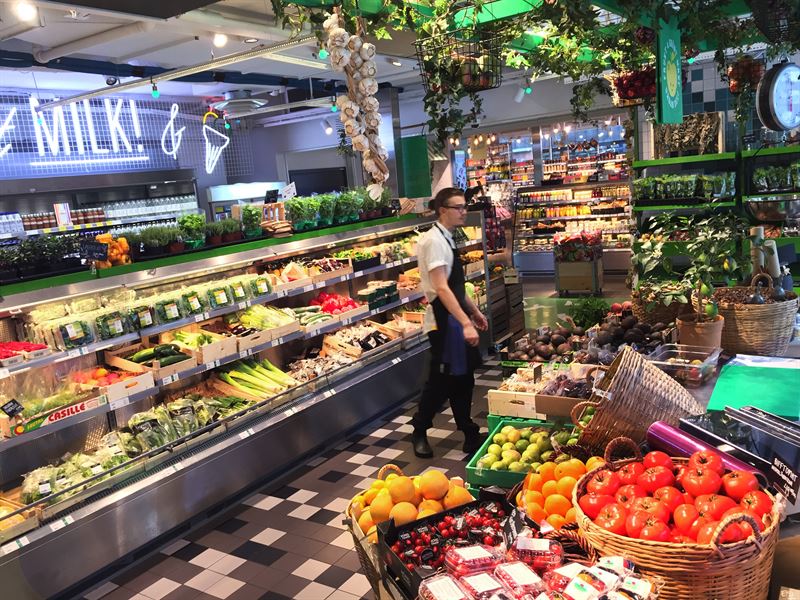